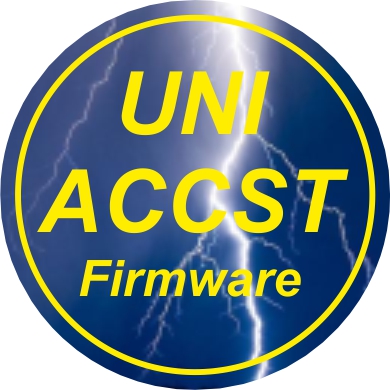 What is behind the UNIVERSAL ACCST FIRMWARE?

The Universal ACCST is firmware that can be installed on many FrSky ACCST (D16) receivers. Currently these are the X4R, X4R SB, X6R, X8R and the RX8R and RX8R Pro. We are working on making the firmware available for other ACCST receivers. Please check our forum frsky-forum or our website www.engelmt.de for more information.

The target was quite simple in the beginning. We wanted to develop a more user-friendly ACCST firmware that fixes existing bugs in the FrSky firmware and allows us to continue to distribute the ACCST receivers in the long term even if FrSky should stop distribution. Corresponding agreements with FrSky exist. The hardware production will continue to be done by FrSky. We do not work against FrSky but in agreement!

No, we have dealt with every problem known to us at ACCST. And we did so regardless of how infrequently it occurred. The result is a firmware that simply works, and works VERY well.

How can I flash the firmware to my receiver?

The Universal ACCST firmware has a special protection procedure to prevent clone manufacturers from using the firmware. The firmware is freely available for download. So is the activation lua script. To use the receiver it must be unlocked by an unlock code. This activation code is available under the order no. ABLFreischaltCode for a nominal fee of 3 Euro. Any subsequent updates can then be downloaded from the network and installed by the user.

New receivers that are explicitly advertised with the "UNIVERSAL ACCST firmware" already have the "firmware" installed. If, contrary to expectations, you want to flash back to the FrSky firmware, this is possible at any time. The firmware, updates, manuals and Lua scripts are available at FrSky-Forum/ or in our store Download ACCST-UNI-Firmware.

Any later updates can then be downloaded from the Internet and installed by the user.

New receivers that are explicitly advertised with the "UNIVERSAL ACCST firmware" already have the "mother firmware" installed.

If, contrary to expectations, you want to flash back to the FrSky firmware, this is possible at any time.

Currently the Uni-ACCST firmware is available for the following FrSky receivers:

For further information, please refer to the German manual, which you can download here.: Manual

You will find the suitable LUA scripts and any firmware updates in our download page.